Labels to ARCHIVED links at RADIOthen.network:

Email ThisBlogThis!Share to TwitterShare to FacebookShare to Pinterest
Labels: archives

Go to our Home page

OUR HOME PAGE
has newest posts. 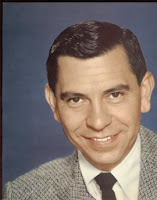 John Randolph "Jack" Webb (April 2, 1920 – December 22, 1982), also known by the pen names John Randolph and Preston Wood, was an American actor, television producer, director, and screenwriter, who is most famous for his role as Sergeant Joe Friday in the radio and television series Dragnet. He was also the founder of his own production company, Mark VII Limited. more from Wikipedia 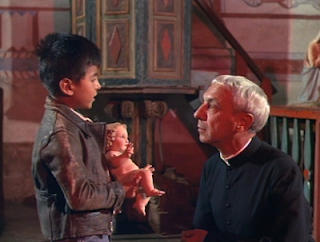 Joe Friday investigates the theft of a statue of the baby Jesus from a church's nativity scene on Christmas Eve. The figure itself has little monetary value. Father Xavier Rojas explains this Jesus statue has been at the church for decades and has great sentimental value to the parishioners. The detectives pursue a lead but come up empty. As they return to Father Rojas, a small boy is pulling a wagon with the statue in it. The boy had prayed for a new wagon and promised the baby Jesus the first ride if he received it. This is the episode of "The Big Little Baby Jesus" from the original radio series. Hear it now with other episodes of the radio series on 'RADIOthen' via LIVE365.com's DRAGNET.  [photo from TV episode]

BULLDOG DRUMMOND Website of Ian Whitcomb
Here is a new full-cast audio version of the first installment in the long line of Bulldog Drummond action adventures by H.C. McNeile. It pits Hugh "Bulldog" Drummond against super-villain Carl Peterson, who plots to take over England and turn it into a communist country. Joining Drummond in the rousing adventure – the action stretches from France to Switzerland to England – are Drummond's five stalwart comrades, as well as Peterson's gang of international anarchists. 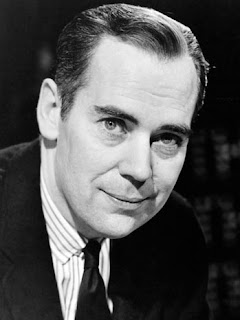 Elliott Reid, a radio character actor also familiar to television and movie audiences and probably best remembered as Jane Russell’s love interest in the 1953 film “Gentlemen Prefer Blondes,” died on Friday, 21 Jun 2013, in Studio City, Calif. He was 93. Edgeworth Blair Reid was born on January 16, 1920, the son of Christine Challenger Reid, an artist and Blair Reid, a banker. NYTimes Obit | Wikipedia In 1935, he debuted on the radio program The March of Time, which led to him working regularly on radio dramas during the Golden Age of radio. Early on he took "Elliott" as his stage name. His credits include among other, many Orson Welles-directed stage and radio productions, such as The Mercury Theatre on the Air and also acted on The Cavalcade of America, Theatre Guild on the Air and the CBS Radio Mystery Theater. In some early performances he was credited as "Ted Reid."

Newly added episodes of DRAGNET from 1949 and 1950 to RADIOthen 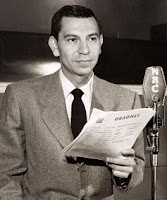 This series was broadcast from June 3, 1949 to February 26, 1957 on NBC at various times and days. Dragnet starred Jack Webb as Detective Sergeant Joe Friday. Various partners throughout the show's run were Sergeant Ben Romero (Barton Yarborough), Ed Jacobs (Barney Phillips), and Officer Frank Smith (Ben Alexander). Webb was the creator/Director of the series and wanted everything to be as authentic as possible, down to the last sound effect. The stories were based on actual police files and "the names were changed to protect the innocent". Dragnet broke a few radio taboos as well, such as dramatizing sex crimes. Children also were killed on occasion as in the episode "Twenty-Two Rifle For Christmas". The series eventually went to television and ran there for many years. The familiar DUM DE DUM DUM, the first four notes of the opening theme composed by Walter Schumann, became a pop culture legend and was forever associated with Dragnet. Several new episodes of DRAGNET have been added to our playlist at RADIOthen.

No problems with the new $80 Grace GDI-IRA500 Internet radio receiver. (Must hook up to external speaker source or amplifier AS EXPECTED). It took some time and user manual study but instructions were accurate and functioned as indicated. I was able to set up account with RECIVA to allow LIVE365 sync. I was able to find an preset stations... all relaxing classics...a MUSIClassical Concert... music for a small room and BEAUTIFUL instrumentals ; all Live365 128 kbps stations. Quality is as good as the speaker system attached to it and I'm very satisfied with the sound from my laptop speaker system by BOSE. I recommend it to anyone with portable speaker system or high fi amp set up. Only $80 from amazon. 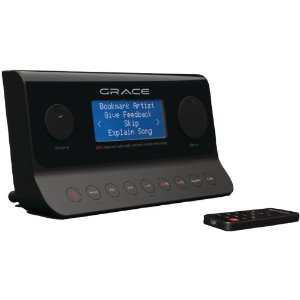 The Solo Wi-Fi Receiver provides free Internet radio from every corner of the world to your home stereo. Listen to the hottest online music service Live365 VIP or your digital music collection. Bring your home stereo into the digital age with the Solo Wi-Fi Receiver.
Connects directly to your stereo amp or independent speakers via your ISP WiFi unit. Also, the Grace Solo Internet radio has a built in 802.11n wireless connection which connects to any 802.11b.g.n router in less than 5 minutes. Play music directly from the Internet or stream your iTunes or Windows Media files from your PC or Mac directly on your home stereo. While setup is effortless, the Grace Radio supports advanced features too...such as WEP and WPA1/2 passwords, standard or hidden SSID's, DHCP, mac address filtering, or static IP addresses.

Listen to the Green Hornet episodes on our VIP channel 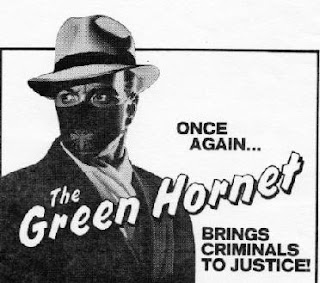 The Green Hornet is an American radio and television masked vigilante created by George W. Trendle and Fran Striker, with input from radio director James Jewell, in 1936. Since his radio debut in the 1930s, the Green Hornet has appeared in numerous serialized dramas in a wide variety of media. The character appeared in film serials in the 1940s, a network television program in the 1960s, multiple comic book series from the 1940s and a feature film in January 2011. Though various incarnations sometimes change details, in most versions the Green Hornet is the alter ego of Britt Reid, wealthy young publisher of the Daily Sentinel newspaper by day, who goes out in his masked "Green Hornet" identity at night to fight crime as a vigilante. Reid is accompanied by his loyal and similarly masked partner and confidant, Kato, who drives their technologically advanced car, the "Black Beauty". As the Green Hornet, Reid masquerades as a criminal to infiltrate the underworld, leaving criminals and any incriminating evidence found behind for the police .

The Shadow on the radio 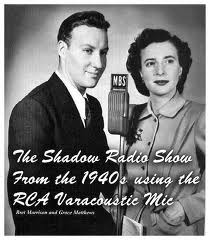 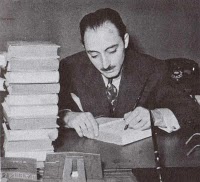 In 1937, Mutual radio debuted "The Goodwill Hour", with its familiar phrase, "You have a friend and advisor in John J. Anthony." A Bob & Ray spoof kept the 'tales of woe' concept alive for a later generation in the 50's & 60's. Lester Kroll, using the names of his two sons, John (who was called "Jack") and Anthony, he came with John J. Anthony. Ask Mr. Anthony was a program dedicated to helping the sufferers from an antiquated and outmoded domestic relations code. WMRJ moved its location in 1930 and again in 1931 before it went off the air in 1932, a victim of a challenge of another station on the same frequency 100 miles away. When WMRJ went off the air, its radiated power peaked to 100 watts full power. The Goodwill Hour (taking its name from the "kind" gesture Mr. Anthony was doing to give them free counseling sessions) began broadcasting on WMCA in New York in 1937 and was eventually heard on the Mutual network (via New York's WOR). The name of the program was changed to the John J. Anthony Program in 1945. The sponsor was Carter's Products, manufacturers of Carter's Little Liver Pills and Arrid antiperspirant-deodorant. MOREfrom Know OTR 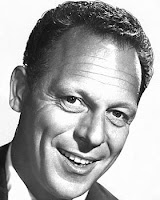 Birthday July 28, 1910, of announcer Bill Goodwin in San Francisco. He was for years the announcer on The Burns & Allen Show

and as well was incorporated into the script playing a ladies man. He was spokesman for Swan Soap and Maxwell House Coffee, among others, on radio; Carnation Evaporated Milk on television. His last job was on The Bob Hope Radio

Death on July 28, 2004, of Jackson Beck, the man who introduced the Superman radio

show with, "Faster than a speeding bullet!", died at age 92. He also starred in the title roles of radio's Cisco Kid and Philo Vance, and impersonated Joseph Stalin and other world leaders for the March of Time radio series. Wikipedia 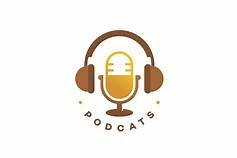 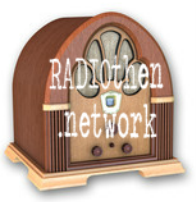 latest posts are there